Robots Are Everywhere: The Greatest Achievements of Japanese in the Sphere of Robotics

Would you like to have a robot who can help you with your household chores? Japanese scientists have already made this possible. High technology is one of the main things associated with the Land of the Rising Sun. Here, various electronic devices are used in different areas: from production to helping older people – while Japanese robots will surprise by their capabilities even the most sophisticated lover of fiction.

New Japanese robots immediately become the subject of media attention, various businesses and just fans of progress and robotics from around the world. How do you think Japanese students ask for professional help at custom writing services like https://my-custom-essays.com/ or use the robot help to do their academic assignments? Let’s give a brief overview of which robots in Japan help a person and in what areas they do it most successfully.

A Little Bit of History

Robotics in Japan has been developing since the late 60s – early 70s of the XX century. Considering that this is an integral part of the scientific development of the state, it can actually be considered one of the reasons for the Japanese economic miracle. At the same time, in the 1970s, the economic and demographic situation required that emphasis is placed on industrial robots – people needed help in production. Since the 1980s, Japanese robotics has been actively comprehending another direction – more and more devices have appeared, the work of which is built on high technologies.

Taking into account the long-term history of this industry, it is not surprising that, today, Japan has become the leading state in the production and import of robots. It regularly presents the world with the most impressive developments and achievements and successfully introduces new technologies in different spheres of life.

One of the areas that has benefited much from the invention of robots is definitely medicine. Here, their help is very differently directed. In particular, some hospitals already have Hospi (R) from Panasonic: they are able to quickly deliver medical cards, medicines, etc., freeing the time of medical staff.

The robot has a special box which can be opened only with the help of an ID-card. Hospi (R) is perfectly oriented in a room thanks to the building’s pre-loaded building plans, and the sensors help avoid collisions with people and other objects. The cute appearance of the robot should bring people positive emotions, which is very important for hospitals.

Among other robots that help in hospitals, it is necessary to mention the nurses RIBA and RIBA-II. The name of the robot stands for Robot for Interactive Body Assistance. Its main task is to carefully lift and carry patients who cannot walk on their own. The second model can lift a person off the floor having the ability to bend down. The surface of the hands of RIBA-II provides the patient maximum comfort, and the device provides a variety of sensors to ensure the safety of the patient.

The newest technologies are used in the training of doctors. For example, for students-dentists, several models have been developed which are used to sharpen the skills of working with patients.

The Seal Paro is the Cutest Robot Ever

Speaking of medical robots, one cannot ignore the one which was included in the Guinness Book of Records as “the most therapeutic robot”. It’s about the seal Paro – it was originally designed for lonely elderly people and patients with Alzheimer’s disease. However, the practice showed that children and adults are very fond of it.

All Paros have different characters and different names, but they all love when they are stroked and talked to. They are able to express a number of emotions, understand when they are praised or scolded, and always respond to affection. Paro adapts to the master, to his or her character and habits, and tries to behave accordingly. The main task of the seal is to reduce the stress of the patient and increase his or her motivation for treatment.

The companion robots are especially popular in Japan: in the Land of the Rising Sun, the number of single people grows. They need those whom you can talk to, who will entertain or give a hint where you can go in the evening. There are a lot of models of such robots. For example, the Kirobo Mini (Toyota Motor, 2016) is designed for childless couples, imitates some of the habits of a child – swings, speaks in a high voice.

Of course, in Japan, you can find many domestic helpers. Here, for example, are some developments of only one company Panasonic:

Each device is thought out to make it as easy as possible to perform routine duties. For example, Panasonic’s dishwasher robot is a mechanized arm that can collect dishes from a table or stove, put it in a dishwasher or clean it under the running water. Thanks to sensors and special rubber “fingertips”, the device copes well even with brittle materials: glass, crystal, porcelain, etc.

Another interesting assistant in everyday life – an extra pair of hands MetaLimbs. They are controlled by sensors mounted on their feet. With a little adjustment, the user can achieve a sufficiently high accuracy from the device, and then the scope of such hands becomes more than wide.

Beyond this article, there are robots that help in the industry, and some other developments, since it is simply impossible to describe all the projects: there are so many different high-tech devices in Japan. 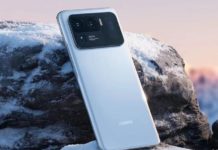 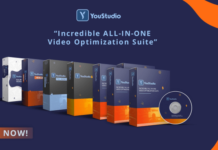 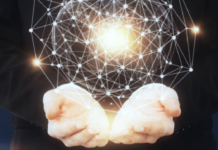 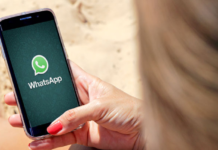 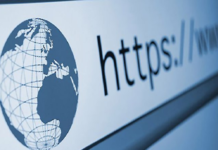