Hey people, are you looking for Clash of Clans hacks? Well , your search ends here. In this post, I am sharing the best clash of clan hacks which will give you an edge over other players in the Clash of Clans game. These hacks come in many forms and will prove helpful to you at some or other point of time.

These hacks or nifty tricks use game mechanics of Clash of Clans game and are safe to use.

On the other side of the story, there are hacks from 3rd party tools which are against the fair play and could result in banning of your account. These hacks are shared at the bottom of this post.

As you know that we have two armies in our barracks, first being the one which is being trained and second, the one which is queued up. The advantage of hack that I am going to share is that the second army, which is in the queue can be un-trained and you can receive a full refund of the elixir cost incurred as their training cost.

You cannot queue up heroes because they are needed to regenerate after every attack, so you can’t use it as a secondary army. The hack lies in the fact that you can correctly use secondary army (the military which is queued up) to hide resources while defending your base so that no attacker can take away those resources from you, especially the dark elixir part which is rare in Clash of Clans. But you must make sure that you need to un-train the queued up army before you attack anyone, failing which they will be created as the first army, and you will have a useless trained army with loss of precious resources which you collected.

Thus, Make sure to not to attack before you un queue the secondary army or you would lose your resources.

Hack #2: Get Free Resources from Events

The trick mentioned above will help you to get a nice profit as with the end of every troop’s event when the forces are at a 90% discount, you will get benefits of it. You can even use your second army slot to train all those discounted troops just before the event ends and after the game ends, un-train them to get a refund with the original training cost. Thus, this will get you 5,000+ dark elixir and 300,000 elixirs for less than 30 seconds of work.

Whenever a gem box is spawned (a gem box is of 25 gems) in your village in Clash of Clans, which usually generates once per a week or even it can take more days, do not remove it in first 48 hours. Because there is a glitch in the spawning algorithm which means that it will give a guaranteed new Gem Box after five days.

Handling Gem Mine in Clash of Clans is a test of patience. Production of Gem Mine is slow, and for example, you wait for 15 hours after you collected gems from gem mine than you will have 1.3 gems in your gem mine provided your gem mine is at level 1. If you received it now, then you will have one gem, and then the production will start all over again, which means you’ve wasted 0.3 gems here. So the trick is to wait until the gem mine is almost filled and then collect gems from it.

Now the question comes, how to check if it is almost full without collecting?

Just select any building and move it around. Then you can choose the collector you want to see and use the ‘info’ icon to check it.

There are various cheats on gem collectors over the Internet. But these never work! They will falsely ask you to insert your village name and all other details. And then ask you to download an app or something like that. But these are all fake. We’ve also tried them, but they don’t seem to work at all.

Whenever you search for a base to raid, you sometimes find bases with little loot or some with solid bases. Thus, you are nexting a lot and skipping bases for many bases but see nothing. This little hack will work for you.

You enter town hall level and minimum loot amount and it will automatically next till you find a good base. But you need to stay next to device as when a base is located you only have 30 seconds until the raid automatically starts. This hack will automatically search bases, retrain army composition which you want and attack bases and repeat this process every time. But in reality, you can only use it in lower trophy ranges and search for dead bases and snipe with BARCH(Barbarians+Archers). This bot works well only with abandoned bases.

This can bring you some sweet loot after some time based on current loot situations. However, you can get better loots by raiding bases only a few times in a day instead of using this hack.

This hack comes from the time where staying online can keep your base from getting raided. But with the current shield system, you are forced to get offline after some hours. So you cannot save your base from getting raided. You can collect resources when you are online, though. You can set it to auto-connect, but it is of no real use as you get a 12-hour shield after the attack anyways.

There’s a hack where you are allowed to practice war attacks without it being an actual war. Only you need any troop which can attack(for example a single barbarian), and this hack tool will read the full enemy base including enemy traps as well as clan castle troops.

Now, you can quickly go to practice mode and attack this base as many times as you want and can perfectly know how to attack them in the real war and then plan strategy according to it. This method is also known as Sandboxing.

Caution: You must try these cheats at your own risk as it may result in banning of your account. 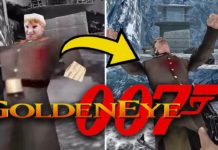 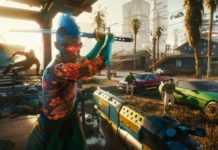 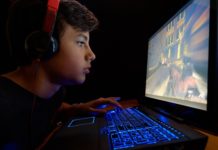 Windows 10 Home vs Pro for Gaming: What’s the Difference?

Best side missions of borderlands you should complete